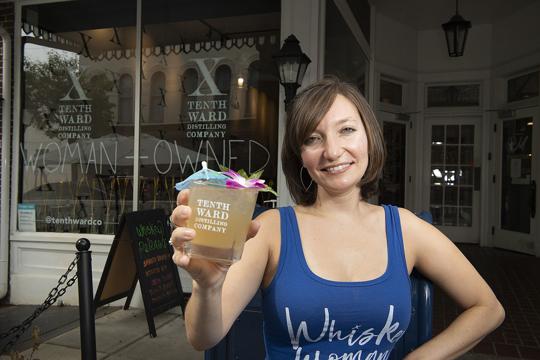 Monica Pearce opened Tenth Ward Distilling, the first woman-owned distillery in Maryland, in 2016. She is shown with a specialty cocktail in front of the East Patrick Street distillery and bar. (Photo by Bill Greene, Frederick News-Post.)

Frederick County’s economy has been consistently growing for years, with the arrival of new businesses big and small. And there are lots of people to thank for that, from the Offices of Economic Development to the Frederick County Chamber of Commerce.

But there are also lots of individuals pushing for the success of Frederick businesses. Some are small business owners carving out a space for themselves. Others are leaders of nonprofits. Still others are turning around 175-year-old companies.

Monica Pearce has been a game-changer in Frederick’s craft beverage scene since she opened Tenth Ward Distilling, the first woman-owned distillery in Maryland, in 2016.

A long-time whiskey enthusiast, Pearce knows her stuff. Since opening Tenth Ward, the business has moved to a location on Patrick Street and introduced cocktails to its lineup of offerings.

To continue reading this article from the Frederick News-Post, click here. 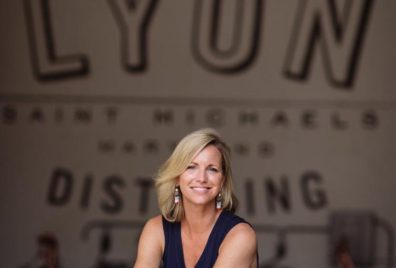 September 16, 2020 Mike Sunnucks Herald-Mail Media ST MICHAELS — Jaime Windon and her rum distillery in St. Michaels are going for the gold. Windon is founder and CEO of Windon … END_OF_DOCUMENT_TOKEN_TO_BE_REPLACED